Golfer Made of Passion

I was born on January 22, 1981 in Curitiba Brazil and hold a dual German-Brazilian Nationality. My family lived in Curitiba, Brazil until I was eight years old. They moved to Schwaebisch Hall in late 1989, a small town in the South of Germany. While attending school in Braunsbach, Germany, I tried myself in various sports and was an active soccer player within a boys team.

My father bought a company in 1991 in the heart of East-Berlin after the wall fell. We moved to Berlin and I began playing golf together with my brother Michael at the age of 10. I improved my game in my first few years as a junior to a degree where I was asked to join the German National Team in 1994. One of my highlights during this time was to participate in the Junior Ryder Cup in 1995, where the Continental team ended up winning the competition.

After completing 10th grade at a Gymnasium in Berlin I decided to attend a boarding school on the West coast of Florida, the ” David Leadbetter Junior Academy” for my future golf development. I would spend the next two years at the Academy and earned my High school diploma in 1999. My game and results were impressing the college coaches. 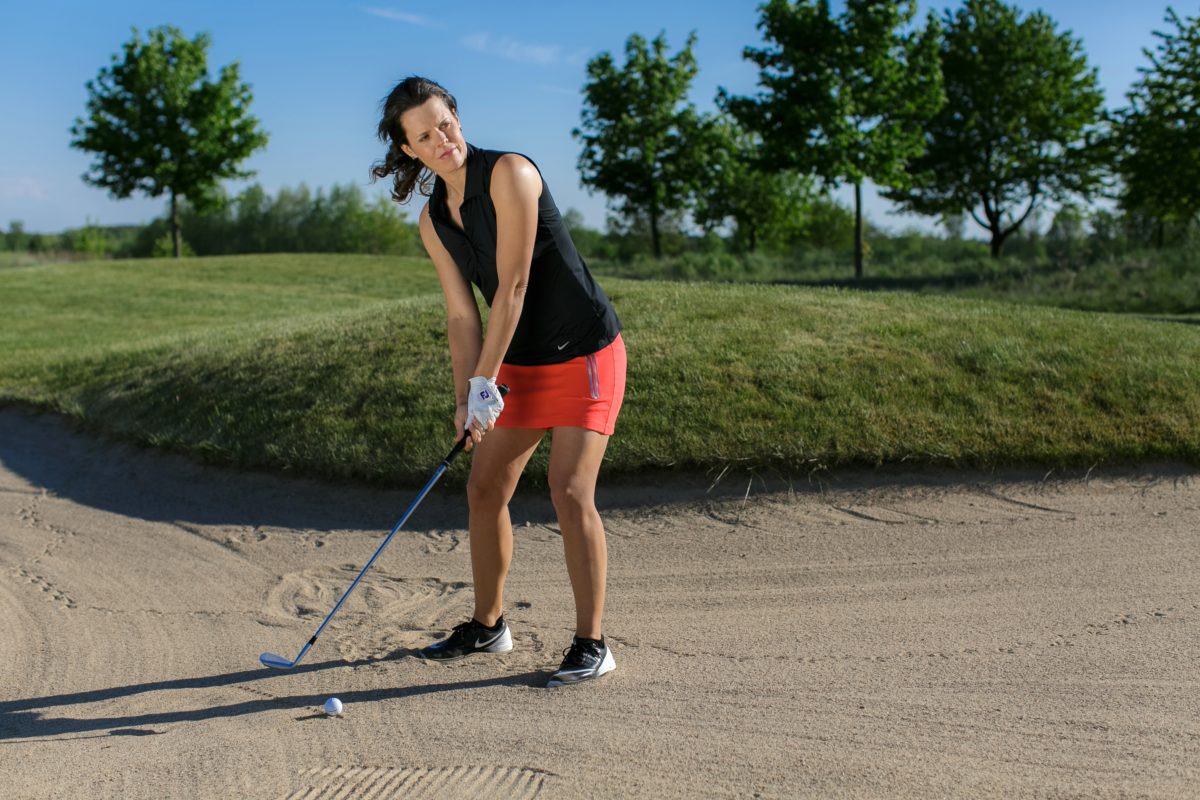 While playing on the Junior circuit the ‘AJGA’ I received a Full Scholarship to attend Arizona State University. To my biggest accomplishments as a junior I count my runner up finishes at the British Girls Championship in three consecutive years (97-99) and the Runner up finish at the World Amateur Championship in Chile.

I was named ‘Freshman of the Year’ in Division I while attending Arizona State University and was part of the First All American Team. Besides training with the Sun Devils golf team, my focus in my studies was in “International Business”. After a very successful Freshman Year at ASU I decided to pursue my dream and turned professional in 2001. 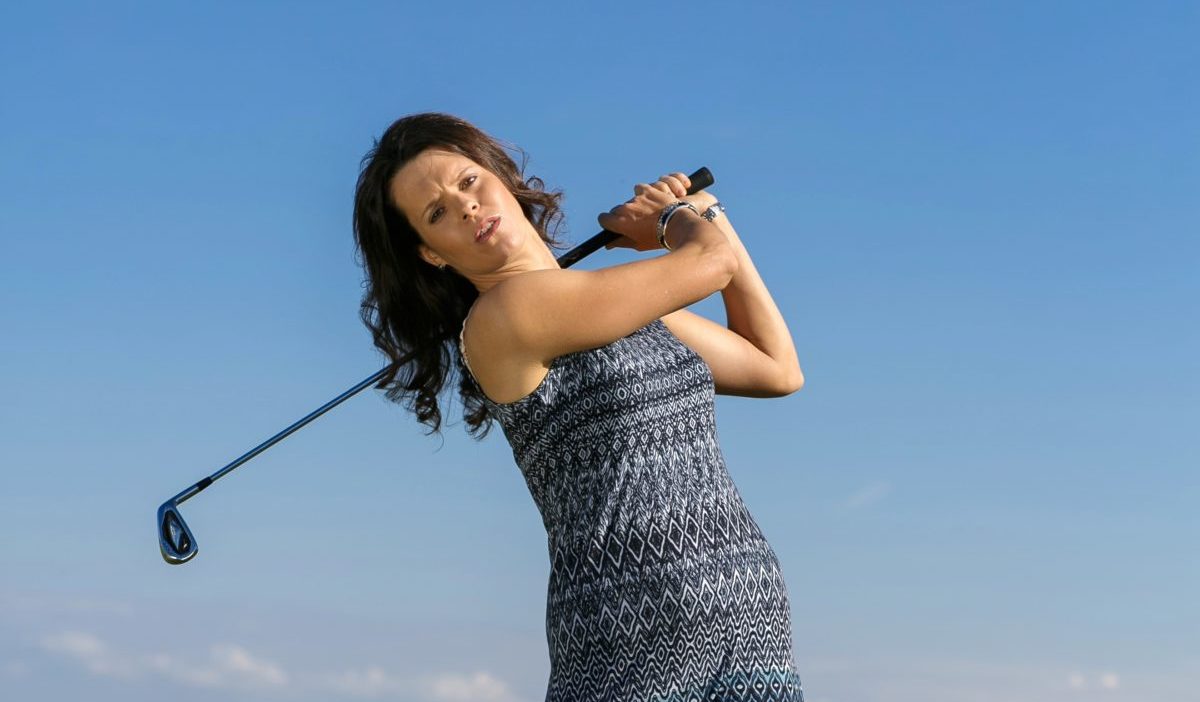 At the end of 2004 I had played two seasons on Tour. I felt an urge to return to Europe for a season and participated in the Ladies European Qualifying School. I won the tournament on my first attempt and hence earned my full card for the LET.

2005 was a great year for me on Tour. I started in 24 tournaments between the LPGA and LET Tour. Seven of those I played in Europe where I had my best finish; a 2nd place at the Tenerife Spanish Ladies Open. I also finished Top 30 at the Ladies British Open that year. In the end I finished 32nd on the LET Order of Merit and earned my full playing rights for both Tours.

In 2006 I played both Tours, even though I focused most of my attention on the LPGA. I started my season with two highlights. In January I represented Germany with Anja Monke at the Women’s World Cup in South Africa where we finished in 9th place. My best finish to date on the LPGA Tour came at the SBS Championship on the islands of Hawaii where I finished in 5th place. During the same year I had various Top 30 finishes.

At the beginning of 2007 I was involved in a skiing accident while travelling with my family and boyfriend in Europe. I tore some ligaments in my right knee and entered my rehabilitation after undergoing surgery in Vail, Colorado. After recovering from the rehabilitation I participated in a few events towards the end of the season on the LPGA Tour.

In 2008 I returned to the LPGA Tour, but didn’t compete well during the season. I found it diffuclt to come right back after the injury. I lost my Tour card and started to participate in some events on the Ladies European Tour again. I enjoyed spending some time at home in 2009 after separating from my long time boyfriend in the USA. 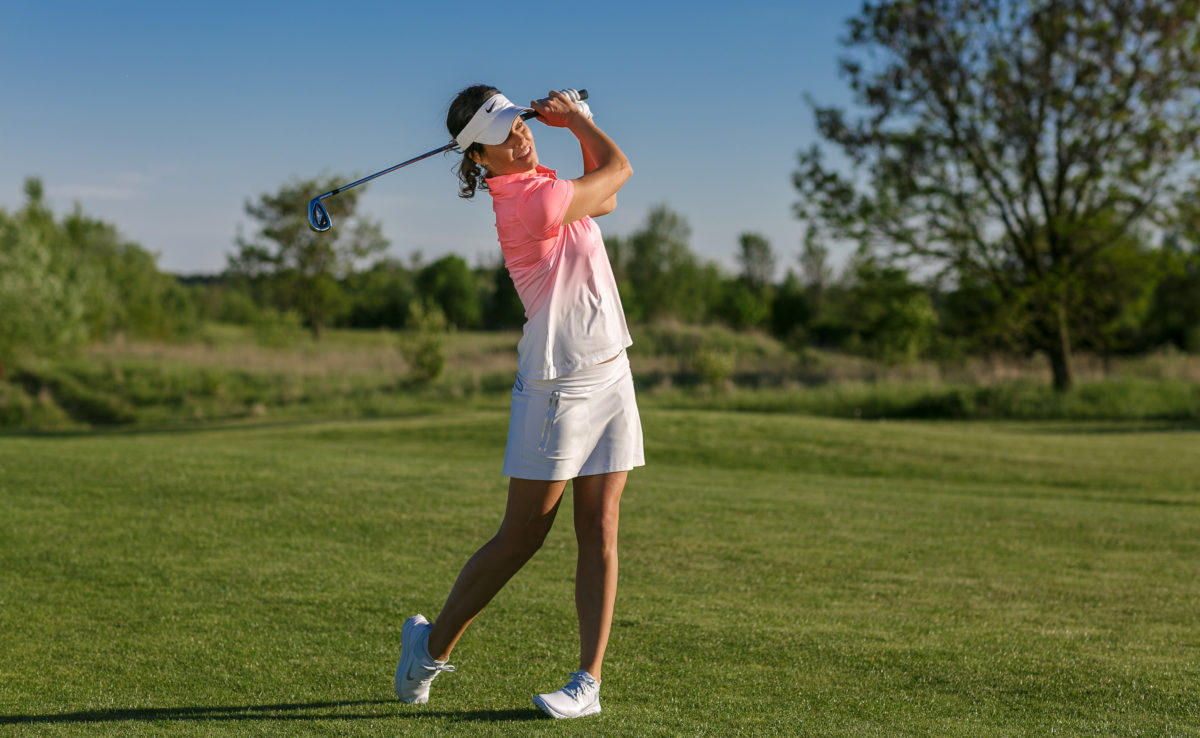 Birth of My Daughter & Olympic Games 2016

In the spring of 2012 I participated in the LET Qualfiying Tournament once again. I finished in 31st place and was able to attain a Tour card for the Ladies European Tour.

During the same year I started dating my boyfriend Jan Pomplun with whom I live at our house on the North side of Berlin. I am close to my family and started to have the desire to have a family of my own.
After having some good results in 2013 which included a Top 10 finish at the South African Ladies Open, a 17th place finish at the Ladies Turkish Open and a 14th place finish at the Deloitte Ladies Open in Amsterdam, I became pregnant in the spring of 2014. I managed to still make the cut at the Ladies German Open 2014 while being 4 months pregnant.

During my pregnancy Miriam had some talks with the Brazilian Golf Federation and decided to commence playing for Brazil in 2015 with the possibility of participating at the Olympic Games in Rio de Janeiro, 2016. It would be a dream come to true to participate in the inaugural golf event of the 2016 Olympic Games!

I gave birth to my beautiful daughter Laura Emilia Nagl on January 27th, 2015 and have enjoyed every minute with the new family member. The recovery process has gone well and I started playing again in May of 2015 in order to keep my hopes up to qualify for the Olympic Games. I finished 42nd in my first event back on the Ladies European Tour since pregnancy in Belek, Turkey and am currently holding the spot to play at the Olympic Games for Brazil.

IGF congratulations on the participation at the 2016 Olympic Games